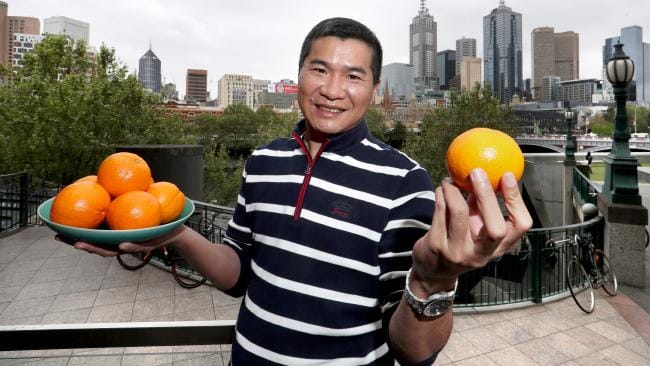 The change comes after Winha was swamped with demand for high-quality Aussie produce. Chairman Jackie Chung said he was on a quest to source more Australian food products to sell in his restaurants, food halls and online.

Winha is a paddock-to-plate Chinese retailer and wholesale food company that specialises in high-end consumer products, and was listed on the ASX in January. Winha is also an affiliate member of Citrus Australia and attended the VIC and SA regional forums in May.

Mr Chung said he has sold $1m of Australian food since January and expected the value of his Australia orders to leap to $5m by the end of next year.

Winha has a VIP club consisting of 2000 VIP customers paying $29,120 a year upfront to subscribe to the delivery of a big family food gift box a month, crammed with high-value Australian-grown food goodies. VIP Aussie hampers online contain a selection of Aussie oranges and mandarins from Mildura, and sell at $2,500 each.

The success of the VIP program has convinced Mr Chung that converting to an all-Australian food approach is the way to go.

“I know you are astonished by the [hamper] price but these are people with very high disposable incomes who, because of food security and safety issues in China, are willing to pay top dollar for Australian food,” Mr Chung said.