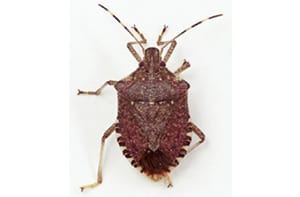 There has been a detection of the exotic pest, brown marmorated stink bug (Halyomorpha halys), in Western Sydney. Live bugs were found in electrical equipment that had been imported from Italy.

Officers from the NSW Department of Primary Industries and the Department of Agriculture Water and Resources responded to the detection. Sixty nine brown marmorated stink bugs were found as a result of inspection and fumigation activities of the cargo and container. One additional dead bug was found once fogging of the premises was completed.

NSW DPI is conducting surveillance and has set traps in the vicinity of the warehouse. Foliage around the warehouse has been treated with pesticide as a pre-caution.  Following further surveillance, no brown marmorated stink bugs have been detected outside of the affected property.

At this stage there are no expected trade impacts due to this detection, however, the Department of Agriculture and Water Resources will work with our overseas trading partners should any issues arise.

The brown marmorated stink bug is unlikely to be associated with commercial fruit because it is a large active insect that would be readily disturbed by harvest and packing processes. This bug is well established in many regions of the world including China, Europe and the USA, where it is not considered to be a quarantine pest.

The CCEPP provides technical and scientific advice in response to exotic plant pest and disease outbreaks. It involves the Chief Plant Health Managers and other specialists from federal, state and territory governments, Plant Health Australia, and representatives from affected industries. It is chaired by Australia’s Chief Plant Protection Officer.

Citrus Australia is satisfied that brown marmorated stink bug is not a pest of citrus and has advised the CCEPP that citrus is not an affected industry.