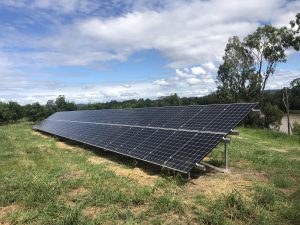 Bevan and Kylee Young own Sandbar Citrus, a brand which includes three orchards and a packing shed at Gayndah in the North Burnett region.

Staged upgrades to power supplies and pumps over the years have helped reduce electricity expenses.

The couple added their third solar energy system in October 2018 and upgraded their pumping system (from a centrifugal to a submersible pump) at Greenvale Orchard. This investment included a stand-alone 36 kilowatt solar system, with the entire upgrade costing $100,000.

“The benefit is that (a submersible) pump is half the size but I’ve been able to pump the same volume of water,” Bevan said.

“We reduced electricity use by changing the pump and putting the solar on, it basically took out 90 per cent of my costs for that pump with electricity.”

Bevan had estimated it would pay for itself in seven years. This calculation included the current grid feed-in tariff of 9 cents a kilowatt hour.

The Youngs first invested in solar about 11 years ago with a 5kw system on their packing shed.

“The solar we have got on the packing shed doesn’t cover all the power we use in a day, but it will take 50 per cent of it,” Bevan said.

“Obviously, the days we are not packing it is connected back into the grid and we are getting a bit of return.” 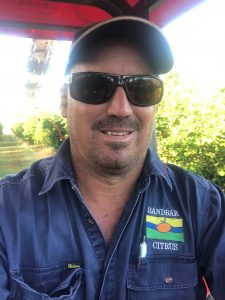