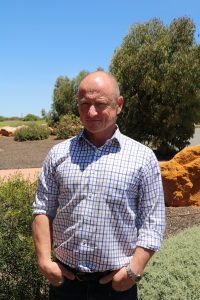 It will rain again but without reforms the water market will continue to be influenced in the future by new developments and a lack of transparency.

This was the message from Andrew Weeks of Weeks Consulting at the SA Regional Forum last month.

Andrew said the temporary water market is not serving irrigators in the best way possible, and currently not in line with the aims of the Murray Darling Basin Plan, which provides a strong case for water market reform.

“There is much conjecture about the true level of influence water speculators have, but the water market does lack transparency,” he said.

“At last count, there were 46 different trading platforms, controlled by different states, and an entity may be able to have a significant controlling interest in the market without this being known by those active in the market. There are also significant volumes of trade not recorded on those exchanges.”

Andrew said that there are many causes of higher water prices, however, there is evidence that speculators were influencing the market and the lack of transparency makes it hard to determine exactly how much influence they have.

“If there are market impacts from speculative allocation purchase as believed, with them purchasing early in the season, it will result in lift in demand and market value, which may be adding to already punishing water prices.”

Andrew said it will rain again but although the price of allocation will decrease once water is in greater supply, it is difficult to see the

“Permanent plantings will always feel pressure if heavily or totally reliant on the temporary water market,” he said.

“There are concerns about the real situation in terms of water price, but also the physical availability of that water.

“If water does remain expensive and move to the highest value users, there will be losers from the adjustment. This is likely to have a heavy impact on the regional areas where these sectors are located, which benefit from a mix of industries.

“In the longer term, a mixed purchasing and ownership of water (entitlement, multi-year “forwards” and allocation spot market) may be a good risk management tool, along with other considerations such as on-farm storage where possible.”

At an industry level, he said it was important to conduct research on potential “game changers”, for example, those gained from research in the almond industry, to help long-term planning.

“It’s also a good time to think outside the square and be innovative, to see how you can maximise returns from each megalitre. I remember average yields in the almond industry were around 2 ½ tonnes/hectare, they’re now up to 3 ½ to 4t/ha.”

At a grower level, it was never more important to become engaged.

“Growers should insist that governments at all levels form evidence-based policy and not vice-versa.  Similarly, I strongly support collaboration with other similar irrigation businesses; and raise awareness of the value of the farming sector.

“Don’t campaign on “poor me” issues but the value of Australian farming, its contribution to regional and national economies, and food safety.”