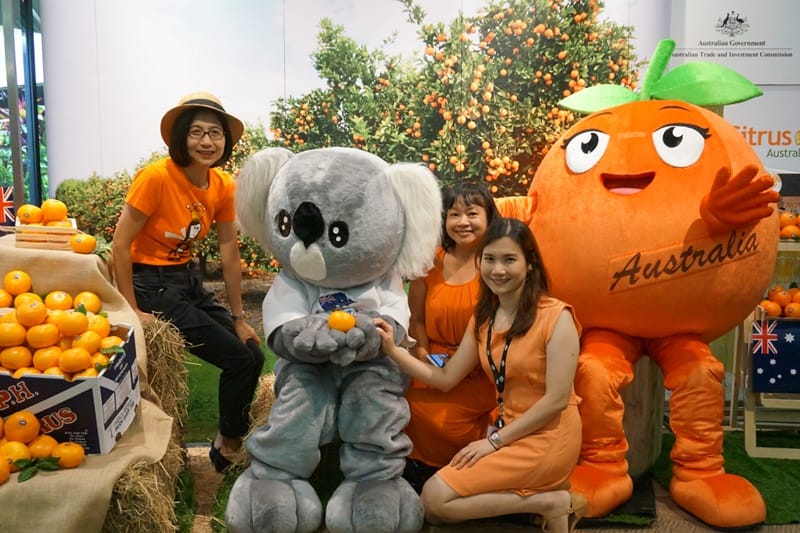 Held in early July at the Australian Embassy in Thailand, the launch saw importers set up stands to showcase Australian Murcotts. His Excellency Mr Paul Robilliard, Australian Ambassador to the Kingdom of Thailand, spoke at the event, where a diverse mix of Thai retailers, industry representatives and consumers gathered to get a taste of the citrus fruit.

The Honey Murcott’s sweet taste was the flavour of the event. Celebrity chefs were brought in, putting on a culinary display incorporating the fruit. Murcott tastings were readily available and widely consumed alongside promotional pamphlets.

Promotional activities at major Thai supermarkets including Tesco followed the event. The global supermarket chain held a mandarin-eating contest at its stores, which was live streamed to Facebook and was supported by general in-store promotions.

The launch was another effort by citrus exporters to continue sweetening trade with Thailand. In 2016, more than 7,770 tonnes of mandarins were exported to Thailand. This makes the country Australia’s largest export market by volume.

The launch event was funded by the Queensland Citrus Exporters Group that brings together local citrus growers in Queensland to collaborate and work together on building Australia’s export markets for common gain. 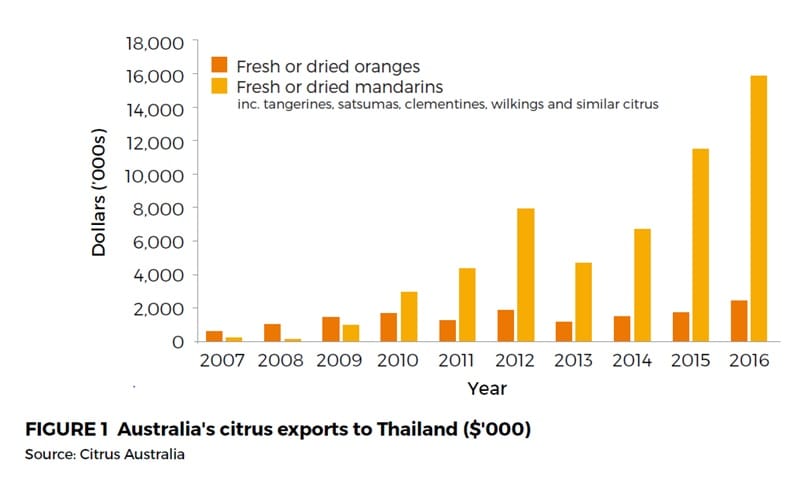 “Our group has done a lot of market research in the area and the research led us in the direction of Thailand,” said Susan Jenkin, a family citrus grower at Ironbark Citrus and member of the Queensland Citrus Exporters Group. “We decided to do the launch to really promote the first arrival of Australian Honey Murcott mandarins into the market. We wanted to get the Thai market excited and pave the way for later arrivals.

“It was our first launch so I was really happy to see it turn out as a big success. People were readily tasting the fruit and buying lots of it, too. Some stores were cautious about how much fruit they should supply for the promotions. They didn’t expect the sort of positive reaction we got and didn’t order in enough fruit.”

This was the group’s first launch and Susan expressed how happy she was with the results of everyone’s efforts.

“It all started with us growers talking among ourselves about what was happening in export markets and deciding to work together instead of competing against each other,” Susan said. “Our little group is a small part of a global market. We can get more working together and increasing the size of the pie than competing.

“We do promotional work like the event in Thailand. We also look at other issues like standardising quality, collaborating on research with the (Queensland) Department of Agriculture, and looking at any way we can keep improving.”

Funding for activities mostly comes from the pockets of pockets who are invested in seeing progress. After the success of the Thai launch Susan said the group was setting its sights on the Philippines, with market research showing promise.

“Our next trip will be to the Philippines, not to launch but just to explore the market and gain a bit of a better understanding of Australian citrus’ position in the Philippines,” she said.

Winha wants Aussies to produce the goods Scroll to top