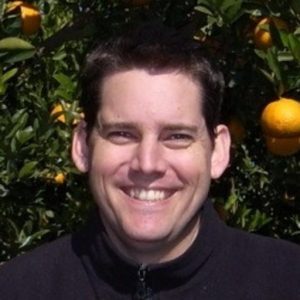 The Citrus Australia Citrus Pest and Disease Prevention Committee was formed in March to provide the best biosecurity for our industry in real time.

Or as committee member Andrew Miles says: “We don’t want to be another committee that just talks. We’re keen for the rubber to hit the road.”

Andrew is the Research and Development Manager at 2PH. He joined growers, industry specialists and Citrus Australia staff on the new committee, and also took part in a study tour to the United States to gain a comprehensive understanding of the implications of Huanglongbing (HLB), Asian Citrus Psyllid (ACP) and Citrus Canker in Florida and response and preventative measures in California.

“I went to the International Research Conference on HLB in California and wanted to know what we could bring home and apply immediately in Australia. We learnt that when ACP turns up in Australia, a trapping program will become part of the process,” Andrew said.

“We have implemented a pilot trapping program so we can learn now before we’re under the pressure and added stress of an actual incursion.”

The five grower members on the committee will now put five panel traps in their orchards. They will provide feedback to improve effectiveness and efficiency, and also begin assessing native psyllid populations, by sending what they’ve caught for triage.

“We want feedback, whether that’s growers telling us it’s a frustrating process, or that it’s no problem.”

From this pilot project, the committee plans to evolve the trapping project to a national scale very soon, including around airports and murraya hedges in towns and cities.

“That’s where the trapping will be really effective and we want to get working in that environment as soon as possible. In this situation, the trapping itself is important, but it also generates external awareness around the problem, as well as systematic and routine data collection to give growers confidence that we are keeping this threat away.”

Other priorities for the committee include:

With three meetings already, steps to make each a reality are already underway.