The Murray Valley Regional Advisory Committee to Citrus Australia has been reinvigorated in the past six months and its chair is keen for it to “take action”. 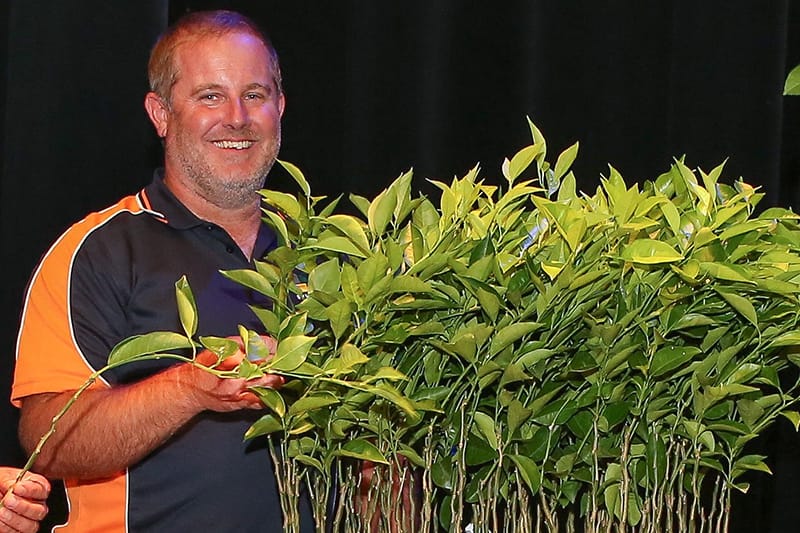 Chairman David Stevens said the board had changed its makeup to include two growers and two representatives from other parts of the industry (such as packing or advising). Previously the board comprised predominantly growers.

David said having these roles represented on the board helped to give different perspectives and make discussions more robust.

The other board members are Danny Thornton of E.E. Muir & Sons, Justin Lane of Mildura Fruit Company and Darren Minter of Minter Magic. David is a third-generation Mildura citrus grower and a citrus adviser to Nutrano Produce Group.

David said local Citrus Australia members or even other citrus growers were encouraged put their ideas forward to any of the board members to be discussed at the next meeting.

Citrus Australia’s new chief executive officer, Nathan Hancock, had been a driving force in keeping the board meetings focused and effective, he said.

“Having different industry experts on the board who are enthusiastic has given it energy, and in the past six months the board has let the rubber hit the road.”

The board had set out its top five areas of concern:

“We’ve tried to narrow our focus so we can get some things ticked off and keep the momentum going,” David said.

“On other boards I’ve found if you try to do too many projects at once you run the risk of not finishing them.”

They organised an in-orchard workshop in early December to help growers to act on fruit fly.

“Growers are aware of the risks of fruit fly and that they have to do something to help control it, but there are so many options that they’re confused as to what to do,” David said.

“So, we’ll show them some methods growers are actually using and those growers can speak to their experiences.

“We want to give growers a clear message that they must do something, because fruit fly cost could the industry so much.”

David said controlling fruit fly was particularly important to the citrus and to table grapes industries because both were heavily export-focused.

“It’s very important to us that we don’t get a detection of fruit fly overseas.”

The Murray Valley Regional Advisory Committee aims to deliver events and other outcomes that complement the work of other organisations.

“We have a Greater Sunraysia Pest Free Area Industry Development Committee that does a fantastic job, but it’s servicing the whole horticulture industry, including wine grapes, table grapes, stone fruits, citrus and melons, so it’s up to our industries to help drive control efforts home,” David said.