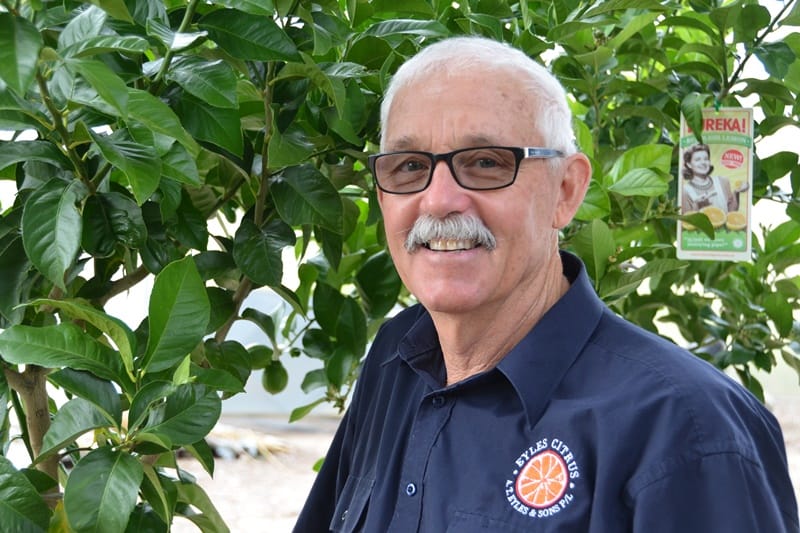 The recent nurserymen’s congress was a truly international affair. The triennial event saw 25 local and 105 international delegates attend to stay on top of the newest developments in citrus nursery practices.

The International Society of Citrus Nurserymen’s (ISCN) Congress, first held in Spain in 1983, has moved around the world every three years. On 24 July Australia hosted the Congress for the second time in Mildura, becoming the first country to do so.

“This Congress has been three years in the making. The organising team have given it their all. It was a heap of work but very satisfying in the end to get everyone together and put on a program we’re pretty happy with,” said Gary Eyles, organising chairman of the Congress and past president for ISCN.

The five-day Congress brought together delegates from 14 countries including China, Spain, Brazil, Chile and the US. Technical sessions covered the latest on nursery varieties and innovations as well as a discussion on pest and disease management.

The keynote speaker, Professor Fred Gmitter from the University of Florida in the US, provided a compelling tale of the spread of Huanglongbing disease (HLB) in Florida.

“Florida had the psyllid which we now know transports the disease but at the time they weren’t particularly concerned. Of course, when the disease hit it was a nightmare – absolutely devastating,” Gary said. “We’re fortunate enough not to have HLB but it was good to highlight what could happen if you do get it. That was really important.

“Fred discussed what they’re trying do over there – trying to find resistant rootstocks that may be used in an environment where HLB is endemic. They’ve had some success but it’s still early. The industry doesn’t have time to wait, though. Anything that’s showing some sign of resistance, they’re having a crack at.”

The Congress featured a number of field trips, providing a practical perspective on budwood production. Delegates also visited evaluation trials and were given the chance to handle and taste the latest varieties at the NSW DPI research centre at Dareton.

Interactive workshop sessions allowed for an open discussion about citrus nursery production. Delegates from all over the world were invited to share knowledge and compare their countries’ practices to others’.

“Some countries with bigger industries and a larger critical mass of citrus are able to afford more capital input,” said Gary. “It was interesting to see the advantages they were gaining from this: improved nursery logistics, shortening the production period of a plant, growing within insect-proof facilities.

“Being able to exchange nursery practices with other people from very different climates and production systems provided unique angles and perspectives on Australian citrus nurseries.”

The Congress was fitted between pre- and post-congress visits to Queensland, NSW, South Australia and New Zealand nurseries. For Gary, these visits were particularly rewarding.

“I was really happy that we got these international delegates out to different Australian nurseries,” he said. “These delegates are the top guys from around the world. Having them come in and chat with local growers was great for local industry and a good bonus on top of the Congress.”