Queensland grower Megan MacDonald, Redlea Citrus, Coringa, was appointed to the Citrus Australia Board as a Grower Director at the AGM in March.

Plant Health Australia Executive Director Greg Fraser has been appointed to the Citrus Australia Board as one of two Independent Directors to fill the casual vacancy left by retiring Director Charmain England.

Current board member Shane Kay, Moora Citrus, WA, was re-elected for another term.

Megan and husband Hamish have 40,000 mandarin and lemon trees on 110 hectares over three sites on the Burnett River.

The MacDonalds grow mandarins, including Imperial, Honey Murcott and Royal varieties, as well as seeded and seedless Eureka lemons.

They have a packing house onsite and send to several export markets,

“Citrus Australia’s function is not new to us,” Megan said. “After participating in a Citrus Australia tour to China, our business has focused on more export varieties and the value that brings to a business.”

The MacDonalds are also accredited labour providers, which enables them to extend the season for their workers from the Pacific Islands through further employment on other farms in the region.

Unfortunately, COVID-19 border restrictions meant they could not access their regular workers from the Pacific Islands this year.

Being owner/manager with Hamish of a smaller citrus business, and a working mother, will frame her contribution to the strategic direction of Citrus Australia, Megan said.

“I would think that our business size and make-up would be representative of many growers in the industry,” she said.

Hamish manages the orchard and is responsible for labour, and Megan manages the packing shed and marketing of their fruit. As such, she believes the recent formation of the World Citrus Organisation could prove a great benefit for the Australian industry.

Citrus Australia CEO, Nathan Hancock, said Robert had made an important contribution during two terms on the board.

“Robert’s passion for the industry is evident to all those who have met him, and he brought this energy and enthusiasm to Citrus Australia,” Mr Hancock said.

“He always had the requirements of members front of mind, searching for ways to improve their profitability within the bigger picture of industry growth.

“We thank Robert for his time and know he will remain an advocate for our industry.”

Plant Health Australia (PHA) Executive Director Greg Fraser has been appointed to the Citrus Australia Board as one of two Independent Directors.

Greg was appointed to fill the casual vacancy caused by the resignation of Charmaine England, who stepped down due to increased family and business commitments.

Greg has been CEO at PHA since 2008 and will retire from that position in July. He has been Chair of the Plant Biosecurity Research Initiative since July, 2018, and is a graduate of the Australian Institute of Company Directors.

“Clearly a big issue for the industry is biosecurity – both our borders and on-farm. We must strengthen both and everyone has an important role to play.”

Greg worked with Citrus Australia CEO Nathan Hancock and other stakeholders in the citrus canker response in the NT and northern WA.

Stakeholder engagement at PHA, whose members were all levels of Government and industry bodies, including Citrus Australia, was integral to its success, Greg said. He plans to apply the same approach to his role at Citrus Australia.

Greg and his family own a 200 hectare grazing farm, with some irrigation, at Wee Jasper, north of Canberra. 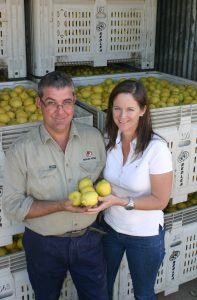 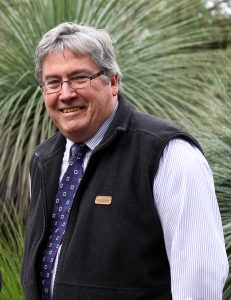