The impact of reduced rainfall over the last two decades was “the most telling finding” from the latest report into the Murray-Darling Basin Plan.

‘Impact of lower inflows on state shares under the Murray-Darling Basin Agreement’ was prepared by Mick Keelty, the Interim Inspector-General of Murray Darling Basin Resources, and released last month. The report can be read in full here.

Federal Agriculture Minister David Littleproud (who was then the Water Minister) requested the inquiry in response to the ‘Can the Plan’ protests in front of Parliament House in December.

The protesters called for an end to the MDBP saying it resulted in “the mismanagement of the rivers, water being wasted and flushed out to sea, too much water being taken from farmers for the environment, and state governments using the opportunity to ‘play politics’.”

The two matters investigated by the Interim Inspector General were:

In his foreword, Mr Keelty said: “The most telling finding is the dramatic reduction in inflows that has been experienced in the River Murray system over the last two decades or so. This remains the primary driver of reduced water availability, and there is little anyone can do to influence when and how much it rains.”

There were five recommendations made in the report, as below:

Inflows to the Murray

The report refers to generalised feedback and concerns shared with Mr Keelty by irrigators, and references a long list of sources where much of the report’s content has been taken from, highlighting that one of the biggest issues is a lack of communication, education and transparency from government to irrigators on the management of the Murray Darling Basin.

There has been some backlash to the report, with NSW irrigators referring to it as patronising due to suggestions of further education on water management, and Mr Keelty’s refusal to support the suggestion for the environment to cover the cost of conveyance losses which would have resulted in more water becoming available on the market.

Sussan Ley, the Federal Environment Minister and Member for Farrer, which represents NSW towns Griffith and Leeton, said: ‘‘In many ways the report has simply told us what we already knew and further dispels some of the myths surrounding water allocation.’

‘‘We can’t just hope for more rainfall to paper over the problem; which is less water coming from the northern basin than when the state’s water sharing agreement was created over 100 years ago.

“How we address this is vital for the future of our communities.’’

Outside of a Ministerial Council meeting in December 2019, state water ministers for Victoria and South Australia spoke to the media where they publicly refused to grant Mr Keelty the powers necessary to compel witnesses across jurisdictions to speak about Murray Darling Basin matters, amid fears it could lead to a reallocation of water.

NSW State Member for Murray, Helen Dalton, said the report was “a complete waste of time and taxpayer dollars…provides no answers and no solutions” and that Mr Keelty “avoided the tough questions.”

Mr Keelty does refer however, to the fact that there are simultaneous inquiries taking place.

The current Water Minister, Keith Pitt, has accepted all recommendations of Mr Keelty’s report, and has advised that it is one of three that would guide government policies around managing the Basin.

The others are the Independent Assessment of Social and Economic Conditions in the Basin, which Citrus Australia contributed to in late 2019, and the ACCC inquiry into water markets.  Members can view Citrus Australia’s submission for this inquiry here.

Findings of Mr Keelty’s report will be discussed at a Ministerial Council meeting (a meeting of federal, state and territory water ministers), the date of which has been brought forward from July to May. 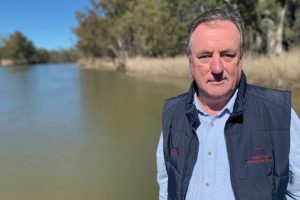