Freshcare training up and running 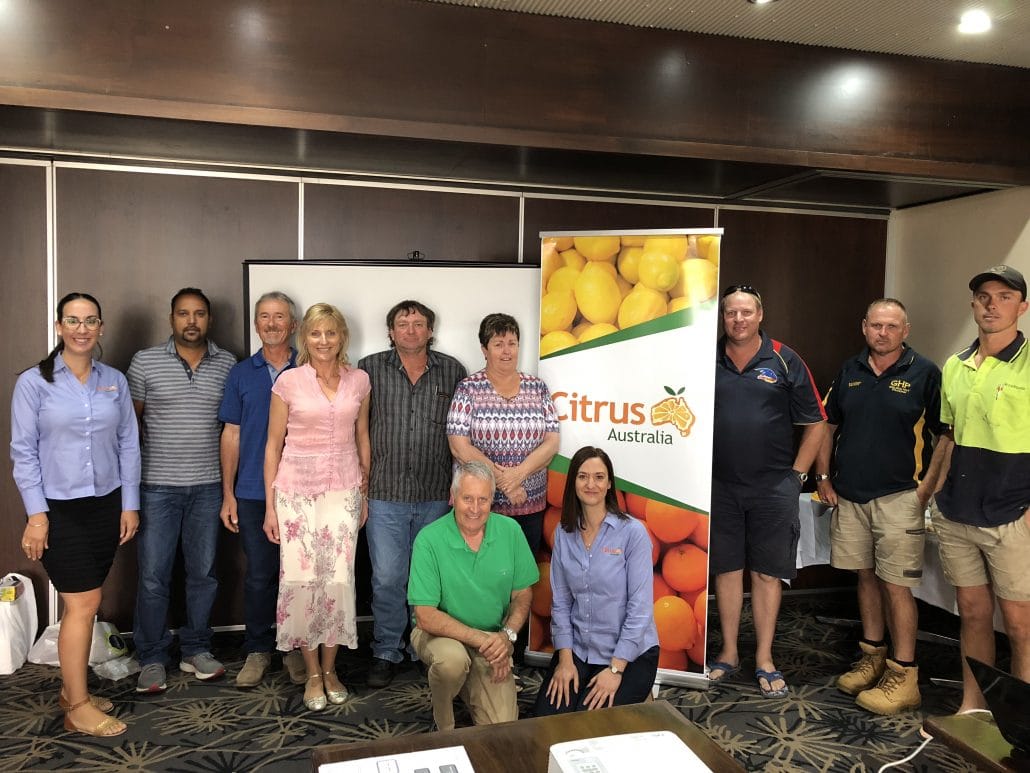 The industry body took the practical step in the interests of helping growers to comply with new requirements under the Harmonised Australian Retailer Produce Scheme (HARPS).

With the transition to HARPS as a replacement for the individual on-farm and packhouse assurance programs once required by Coles, Aldi, Costco, Woolworths and Metcash (IGA), Citrus Australia became a trainer in Freshcare, one of three standards for growers now accepted by all of Australia’s major retailers.

Under the scheme, initiated by Hort Innovation, producers of fresh produce must adhere to a single set of industry-wide food safety and quality elements. These are known as the ‘base schemes’.

Freshcare – Australia’s most widespread on-farm assurance program for horticulture – is one of the approved ‘base schemes’ which satisfy this standard for growers. The other schemes are Global GAP and Safe Quality Food (SQF). A fourth standard, British Retail Consortium (BRC) Global Standard for Food Safety, is available to packing-houses.

From 1 January 2019, all fruit and vegetable growers whose produce is sold through the major retail chains will be required to be accredited to one of the ‘base schemes’.

Citrus Australia’s first Freshcare group training sessions were held 5–7 February at Renmark, Loxton and Waikerie, South Australia. In each session, participants received comprehensive training in Freshcare’s Food Safety & Quality Edition 4 (FSQ4) and advice on preparing for the mandatory on-farm audit which will complete the certification process. Post-training assistance on-farm, by telephone, or email will be included as part of the support package.

Similar workshops will be offered at the end of February and in late March and early April in the Riverina, Sunraysia and Riverland. Provisional dates are as follows:

Positions remain available for all scheduled group sessions. However, growers around Waikerie and Mildura are urged to act quickly as the workshops in both places are already close to being fully booked.

Nicole said many of the 60 producers who attended the Riverland sessions grew not just citrus but a range of fresh fruit and vegetables, including grapes, stonefruit, pumpkins, apples, almonds and avocados.

“Over these three days we’ve had everyone from growers with as little as five acres up to some of the biggest in the industry,” she said.

Mara said growers should view Freshcare training as an investment in their business.

“This system helps all citrus growers to demonstrate to consumers that their produce is grown to the highest standards in terms of food safety and quality. Ultimately that assurance will stimulate demand for Australian fresh produce.”