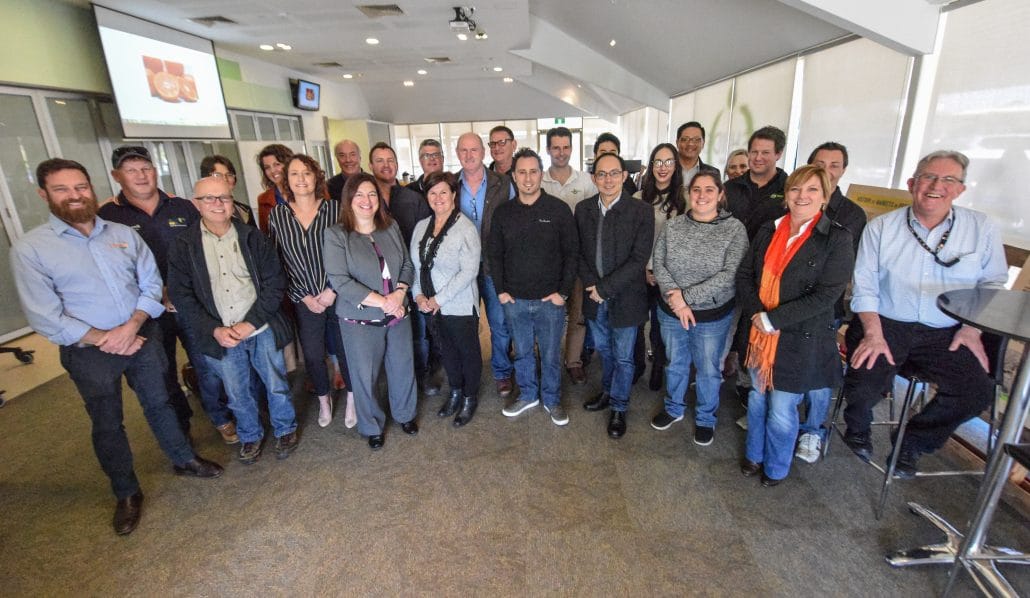 The horticultural code of conduct, employer obligations and changes to country-of-origin labelling were the key issues discussed at the WA regional citrus forum.

Board members and staff from Citrus Australia met with West Australian citrus growers and wholesalers at Market City in Canning Vale for the forum on 18 August 2017.

Growers and traders must now have an HPA – a written contract – before they can trade with each other. This came into effect as of April this year, with a 12-month transition before the full code applies.

“Just bear in mind that ignorance doesn’t prevent penalties or proceedings against you, so if you think ‘I’m all right – that sits with the trader or the merchants’, that is no longer true,” Tania said.

For country-of-origin labelling, the old one-size-fits-all approach has been changed by the ACCC to include three basic label types depending on food type and origin. A kangaroo label will be used to indicate 100 per cent exclusively Australian grown and produced food, otherwise labelling requires the percentage of Australian-grown food to be stated on the packaging.

“For citrus growers, this will mean significant changes to how juice is labelled. For example, if reconstituted juice is imported from Brazil but mixed with Australian water, then that juice will have no grounds to claim it is Australian made,” she said.

There are also strict regulations about using imagery to give the impression the product is Australian-made.

“If packaging gives consumers a false impression that the product is Australian made, such as having a koala on it or an Australian flag, then the producer could be fined for breaching the code,” she said.

Scott Cameron from MADEC explained changes to employer obligations, saying the Australian Tax Office (ATO) now required Australian standard payslips and piecework agreements to be in writing due to an increase in fraudulent claims by working holiday makers.

Scott also reminded growers that their company had to be registered with the ATO to qualify for the 15pc PAYG tax bracket.

“It’s a very simple process and only takes a minute to register. If you are not registered and you start paying only that 15pc, you will get a tax bill for the gap up to 32.5pc,” he warned.

Tania reminded growers to reach out to Citrus Australia if they had questions regarding any changes.

“Don’t try to reinvent the wheel,” Tania said. “A lot of the challenges you will face over the next couple of years we’ve all lived through already, and we’re here to help you take the next step.”

Employer obligation information can be found on the Fair Work website, www.fairwork.gov.au.