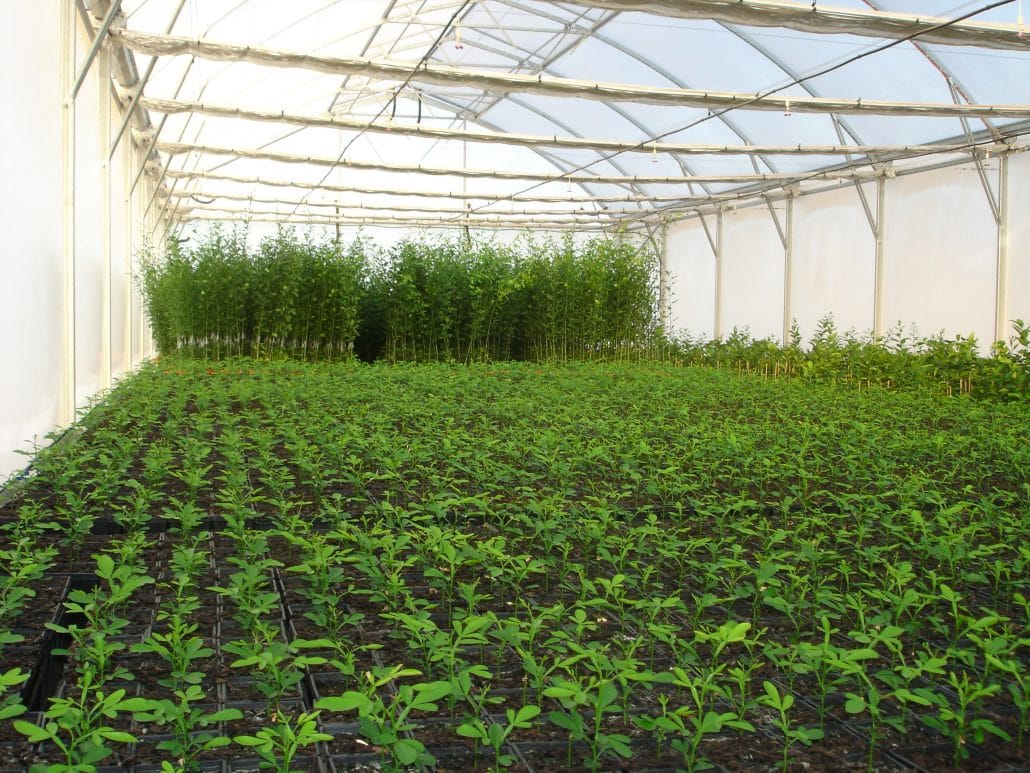 An international visit to Australian citrus nurseries has shone light on the differences between various countries’ nursery scenes and highlighted the value a certification scheme for nursery stock would deliver to the Australian industry.

At the International Society of Citrus Nurserymen’s (ISCN) Congress in July 2017, Tim Herrmann, manager of Auscitrus, provided an overview of the Australian nursery landscape to the delegation. As the diverse group shared its own insights and perspectives, differences between Australia and the international nursery scene were clear.

“One of the big differences is the lack of a compulsory or mandatory scheme for the use or purchase of propagation material,” said Tim. “Countries around the world, including the US, Brazil, South Africa, even Cuba and Mexico, have government-mandated schemes in place.”

“Widespread use of untested budwood or rootstock has serious ramifications for the citrus industry as a whole. The practice increases the industry’s exposure to biosecurity threats including Huanglongbing disease (HLB), which has devastated orchards around the world,” Tim said.

“Places like Brazil and California that have been hit with HLB have been able to partially manage the disease through mandatory budwood and rootstock schemes. Having that scheme in place helps the industry collect invaluable information and control the spread of disease.”

Australian budwood and rootstock schemes were not the only difference highlighted during the Congress. The lack of insect-proof production houses was another point of differentiation, particularly for countries dealing with HLB and the psyllid that transports the disease.

“Pretty much everyone who toured Auscitrus, where we produce tested budwood to supply to Australian nurseries, couldn’t understand the lack of insect-proof houses. It was so unusual for them,” Tim said.

“While touring with the Congress, delegates from the largest nurseries in Florida and California told me that mandatory nursery registration schemes and insect-proof houses should be our highest priorities. This was reiterated by the managers of both the Californian and South African citrus budwood schemes. We’re acutely aware of how important it is to move forward on these two priorities but there are real financial barriers.”

As part of an effort to increase the use of tested budwood and rootstock, Auscitrus is developing an Australian certification scheme.

“It’s called the Citrus Secure scheme,” Tim said. “At the moment it’s just a pilot program with only a few nurseries involved but we want to keep progressing it. Any nursery can sign up to the scheme, and once they’re in they have the right to use the Citrus Secure trademark.

“Nurseries in the program agree to be audited yearly, which will provide assurance that only tested budwood and rootstock are being used. The goal is that growers recognise the Citrus Secure trademark, and that will impact their choice in who to purchase nursery trees from.

“It’s similar to what’s happening overseas, but over there you can’t sell citrus trees unless you are a registered citrus nursery. Government departments will send out auditors to registered nurseries to assure their registration. Ideally we would eventually gain government support for such a system in Australia.”

The international delegation at the Congress was introduced to some of the contextual differences for Australian citrus nurseries.

“I was asked to give them perspective on the Australian nursery landscape, which is very different. One major factor that affects our industry is the cost of labour, which is much higher than in countries such as Mexico and Brazil,” said Tim.

“We’re also lucky enough to have avoided HLB so far, while others have been less fortunate. This places us in a unique position.”

The Congress brought together a diverse group who provided international perspectives highlighting the similarities and differences between countries’ nursery practices.

According to Tim, while Australian nurseries were as efficient as any and produced quality trees, Australian biosecurity systems were a world apart. He said we must be very careful not to take our “clean” industry for granted and that our isolation would not protect us forever.

Implications for Qfly management in temperate regions Scroll to top