Dr Jess Lye takes over the reins of Jeff Milne’s position at Citrus Australia as National Citrus Surveillance Coordinator, launching a new 5-year-long biosecurity program as part of her role.

Jess will be taking over coordination of the citrus surveillance network, setting up traps for early detections of pests such as Asian Citrus Psyllid and other high priority exotic pests. 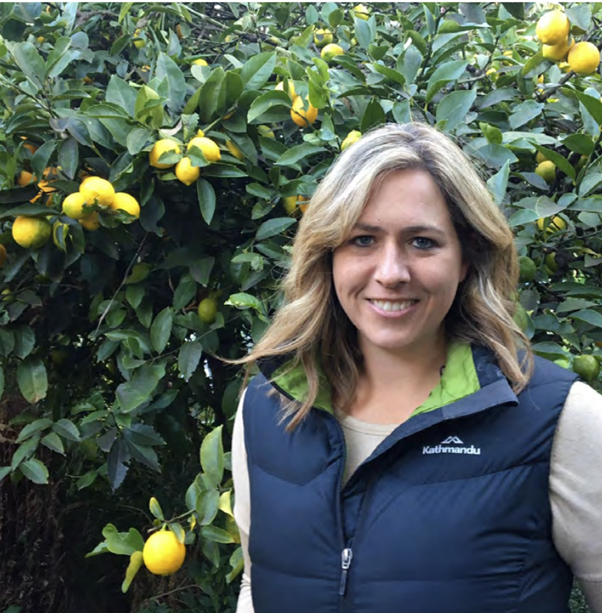 Jess’s main role will be ensuring traps are distributed to farms but will also be starting to build surveillance in urban areas.

“Another big part of the role is to start building that surveillance capability in urban areas, engaging with gardeners to try to increase our surveillance in places like Melbourne, Sydney and Adelaide,” Jess said.

This new biosecurity program is run in partnership with the NT Department of Industry, Tourism and Trade, and is led by Plant Health Australia.As a part of the program Jess will also be looking at where the industry requires training and education on exotic pests.

Identification is a focus but improving knowledge of how to manage these pests is another aspect.

“We’ll support growers and other industry members to become more aware of how to effectively manage these pests so that if we do have an incursion, and if eradication isn’t an option, which would be unfortunate, we can move into management as seamlessly as possible,” Jess said.

When it comes to biosecurity, Jess said the most important thing you can do is be prepared.

“Preparing industry and growers for the worst-case scenario is crucial, so if we have an incursion of a pest we have the tools and knowledge to survey the spread, how to contain and eradicate it, or if it can’t be eradicated, understanding how businesses can move forward if that pest in your region,” Jess said.

Before coming to Citrus Australia Jess worked at entomology research group Cesar Australia leading agricultural extension activities, and before that at AusVeg leading biosecurity and pest management projects for the vegetable and potato industries.

“When I started my degree, I actually started as a geology major and then I decided to throw myself into the biology side of things,” she said.

Jess worked in several science communication roles after completing her studies, when she felt that researchers were doing a lot of great work but weren’t getting information about that work to the people who needed to be hear about it.

“I saw myself working more in a field where I could be involved in the science but as someone who was helping build relationships between the users of science and the scientists themselves. “Which makes this biosecurity program a really great fit,” she said.

Jess likes to get outside as much as possible either with her horses, hiking or maintaining her garden.

Her favourite citrus hands down is a lemon, which she enjoys most in lemon tarts and her next grab would be a gin and tonic with a bit of lime.

Jess will be delivering new findings and organising training on digital platforms for growers and industry in the upcoming years.

Keep an eye out for future stories on projects by Jess.