A recent incident of significant citrus tree decline caused by twisted roots should act as a warning to all growers to take necessary steps to prevent a similar incident happening to them, according to Auscitrus Manager Tim Herrmann.

“The grower planted a patch of trees and later discovered many of them are collapsing, apparently due to twisted roots due to poor nursery practices,” Tim said.  “This isn’t the first time I’ve had this problem reported to me.”

“It is an unfortunate situation and a reminder to all growers to inspect their trees prior to planting, preferably while they are still in the nursery.

“It’s very expensive, both in terms of lost crop and the replacement of trees. Once roots are twisted in the nursery, they can continue to twist around themselves and effectively strangle themselves.”

Tim said twisted roots are easily preventable by nurseries and the majority, particularly experienced nurseries, take precautions to prevent it.

The problem occurs in those nurseries who may not be aware of the correct practices, or they don’t invest time into the necessary steps to prevent it, including overseeing workers.

Tim said a percentage of twisted roots happen naturally during seed germination (if seed coats are not removed), and poor potting practices can cause j-roots if the seedling is pushed too far into the bottom of the pot.

“It’s possible to have close to 100% of your trees twisted from nursery staff not following procedures properly,” Tim said.  Even if it’s only a smaller percentage, this will result in poor uniformity in the orchard as those trees fail to thrive.

“Many of the better nurseries now peel their seeds, which almost eliminates potential problems at germination, and others carefully inspect roots and discard seedlings with poor root systems.”

Tim advised growers to use quality nurseries – either experienced or new – and be prepared to pay more for a quality tree.

“Good nurseries will have quality control systems in place to make sure those trees don’t leave with deformed and substandard roots.

“If you ask the nursery what they’re doing about j-roots and they ask ‘what’s a j-root?’ then you might be better talking to another nursery.”  Also ask them where they get their seed and budwood from, and if they have current nursery industry accreditations.  Note that an accreditation isn’t proof of a quality tree, but it shows a quality system mindset.

Growers should ask nurseries about their processes to prevent twisted roots. Visit the nursery at an early stage and ask for a few pots from their order to be pulled to inspect the roots. Growers should also have measures to protect them written into the contract.

“If you don’t find out there’s a problem until the day the trees turn up at your orchard and you’re ready to plant them, and you do have to discard trees, then you’ve lost two years waiting for replacements.

“I know it’s not practical all the time to send trees back as growers may be pushing to get trees in as quickly as possible, but they have to be aware of the risk they’re taking, and it is significant.  Your orchard starts life about two years before you plant it out.

“A good start in the nursery is critical to produce a uniform, productive, and profitable orchard.” 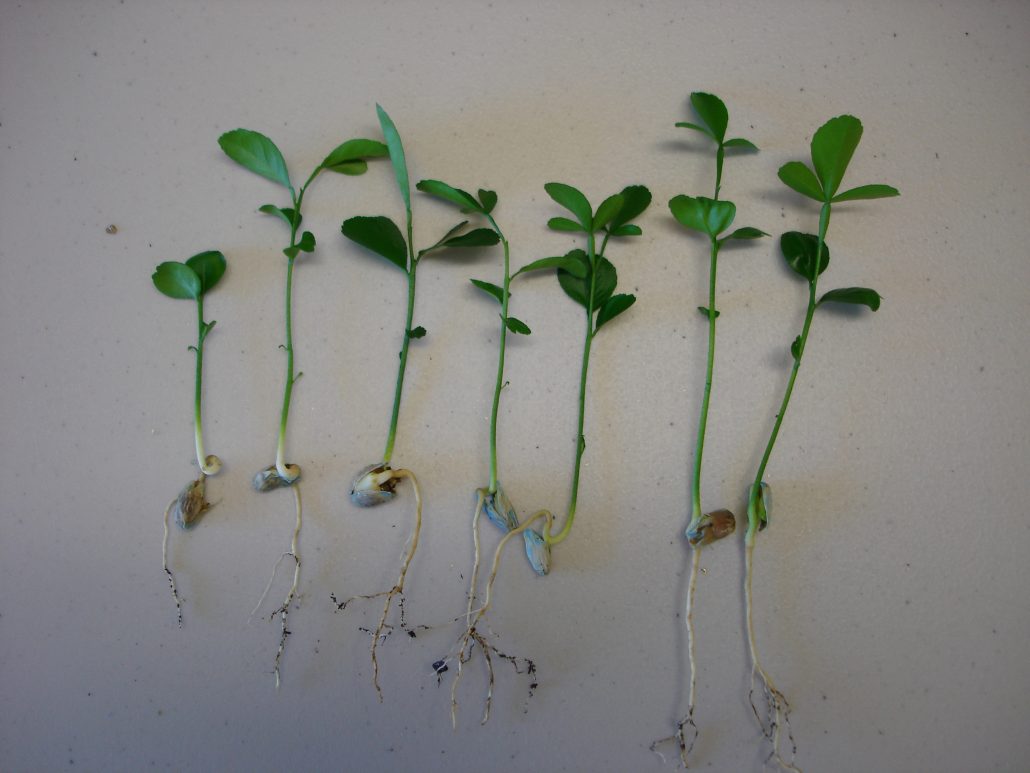 An example of seedlings with J-roots from germination on the left, compared to healthy seedlings on the right. This happens naturally during germination, but poor potting practices can also cause this. 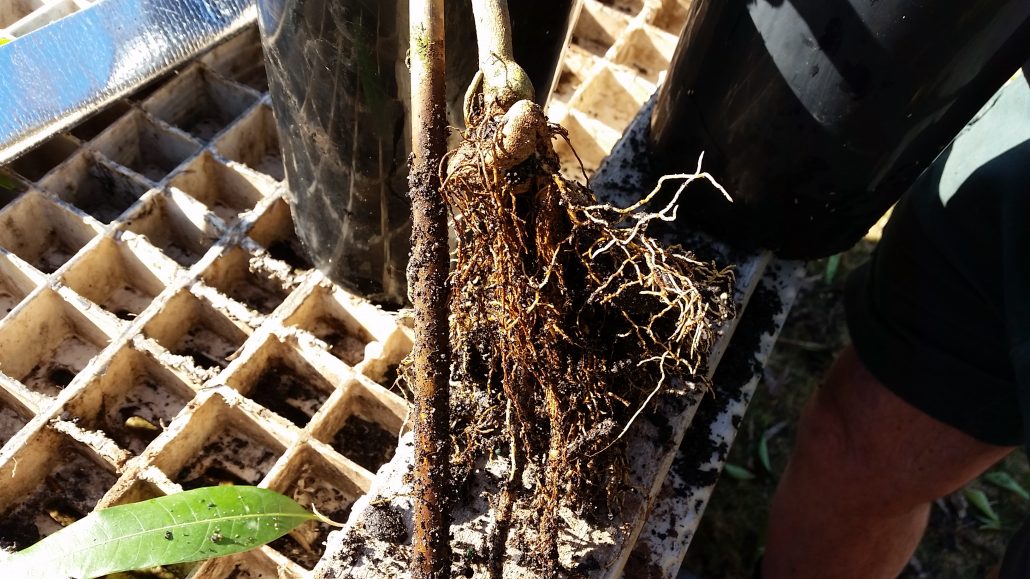 An example of twisted roots on young trees. 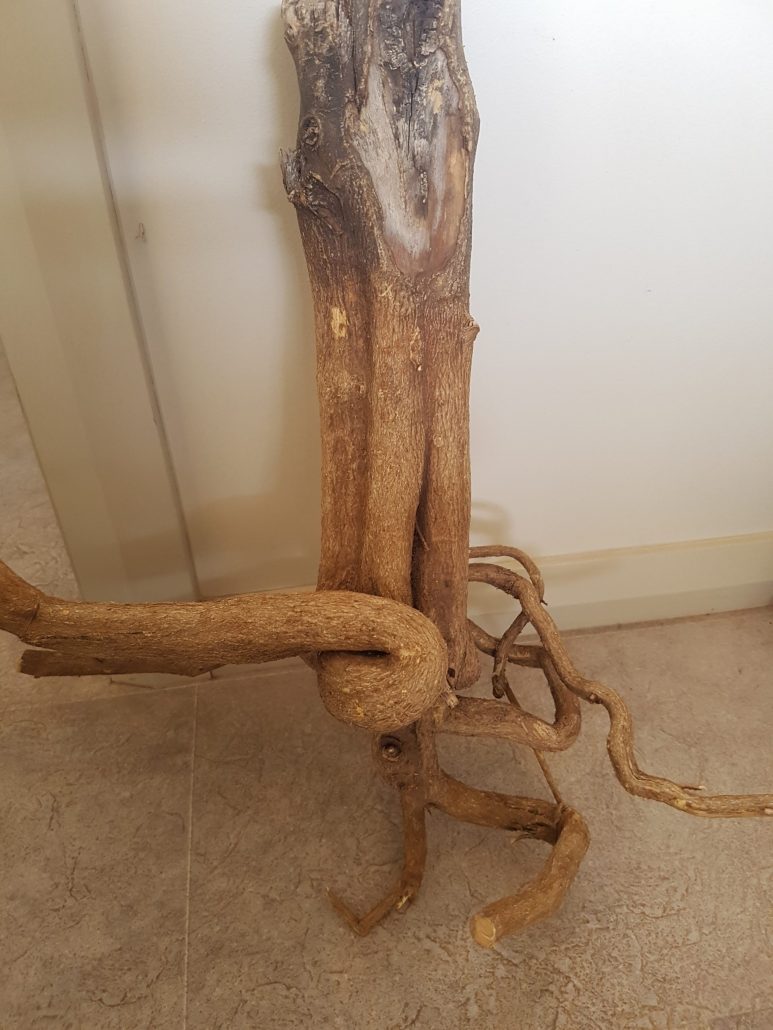