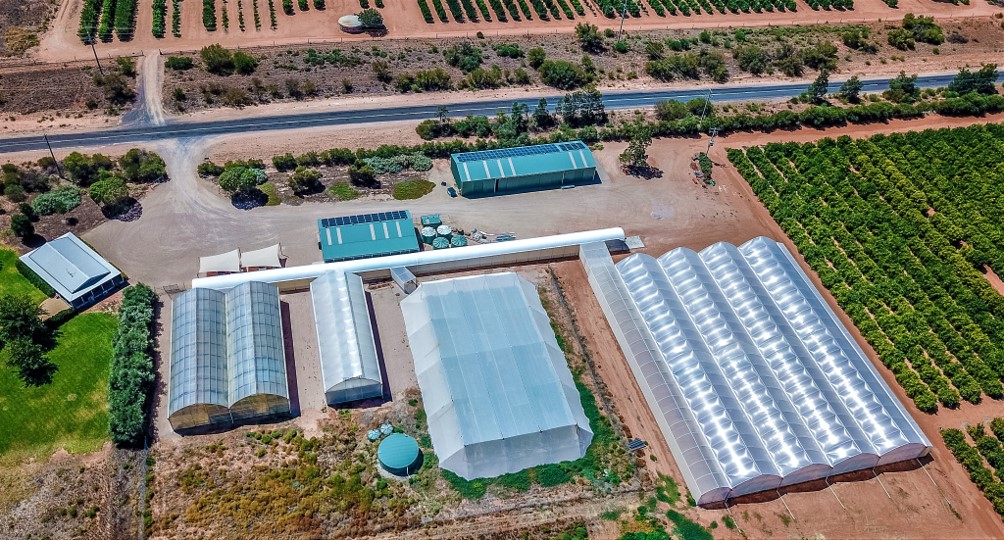 Auscitrus has strengthened its capacity to protect the nation’s budwood supplies from disease, focusing specifically on any future incursion of HLB, with the completion of its new protective screenhouse.

Supply trees at Auscitrus have been traditionally maintained in open-orchard conditions with routine testing but an increased prevalence of HLB in neighbouring countries and greater pressure on Australia’s quarantine borders mean the risk of an HLB outbreak has grown.  HLB poses a significant threat because it can be transmitted by an insect vector, as well as in budwood.

The availability of HLB-free budwood is seen as a critical factor in mitigating the spread of any future incursion of HLB, and in redeveloping orchards potentially affected as a result of this.

“All varieties in the future will be grown in pots under screens and we’ll slowly phase out the trees in the field, so we won’t have anything exposed to insects in case we were to get HLB or the Asian Citrus Psyllid in the country,” Mr Herrmann said.

“We hope we never do, and that we never actually need the new facility, but we will be ready if it ever does arrive.”

Mr Herrmann designed the new facility after he and the Auscitrus committee travelled extensively through countries that have installed similar facilities in response to an HLB incursion, including the USA, South Africa, and Brazil.

The plans were revised “over and over again” based on information gathered from each visit.

“For some time we’ve had an insect-proof foundation repository for our mother trees, this holds one tree of every variety (a second tree is in a separate facility at EMAI).  We integrated that existing structure into our new insect screened complex.”

The existing buildings have been linked to the new growing areas with an insect proof atrium.

The majority of the structure is a standard steel frame commercial nursery structure with twin skin polyethylene on the roof and walls. Cooling pads are installed on one side of the structure and large extraction fans are used to extract the heat.

“We decided not to put roof vents in because they are too hard to insect proof,” Mr Herrmann said.

“All the fans and cooling pads in any area that has to be kept open for ventilation are covered in quarantine-standard insect screen to exclude any insects.

“Where we come into the building rather than having a single door there’s now a sealed double door entry way with positive pressure fans so when you open the door the air blows out past you.

“All staff go through foot baths and hand sanitising procedures. They then go through another door before entering the actual growing area.”  Each of the growing areas are also sectioned off with a sliding door.

All staff have a set of five uniforms – one for every day. When they enter different growing areas there’s a dust coat specific to that growing area so they’re not transitioning pests.