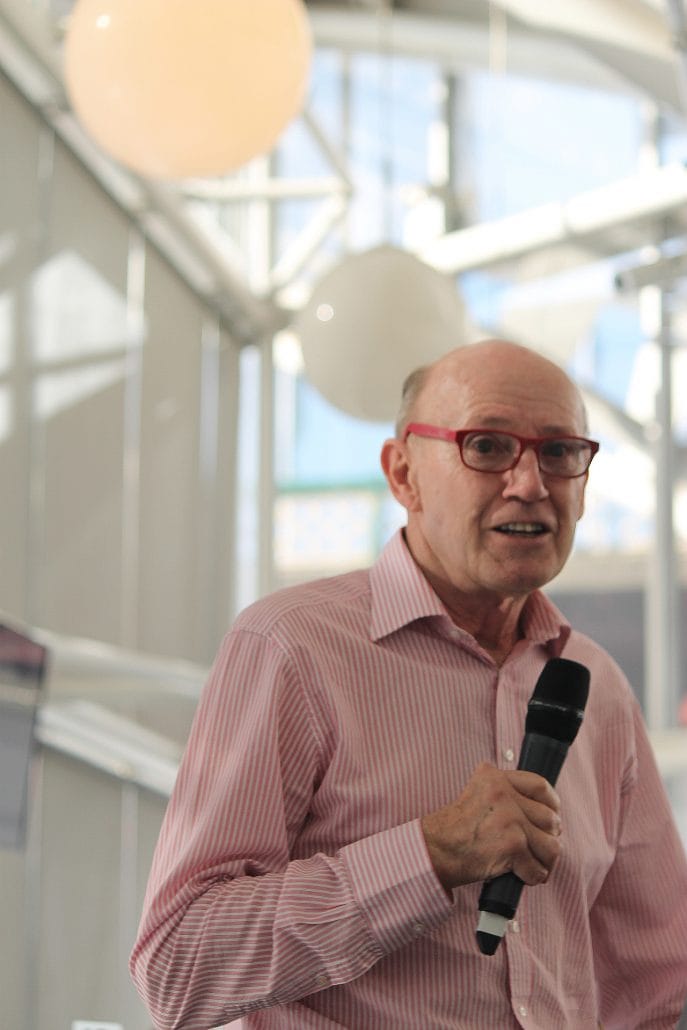 The citrus industry can tap into consumer and retail trends to protect and grow its market share.

This was the key message from David Hughes, Emeritus Professor of Food and Marketing at Imperial College London and Visiting Professor of the Royal Agriculture University, United Kingdom.

David told delegates at the Citrus Australia Market Outlook Forum 2018 that in most developed or higher-income countries more people lived alone or with one other person than ever before. For example, in the UK one third of households were one person, one third were two people and one third comprised three or more people. He said it was pretty much the same in the US. In Australia about 28 per cent of households were one person.

David said it was important for the food industry to understand what this trend meant for how people bought and consumed food.

He gave the example of people increasingly buying food packaged for one or two people.

He said consumers – especially the demographic group known as Millennials (18 to 32 years old) and single-parent families – were time-poor and looked for products that were quick to buy, quick to consume and quick to clean up and dispose of.

Research showed that in most developed countries, fruit consumption for young people was low and it tended to increase with age, he said. However, David said research showed in the US and the US this young group was starting to eat much more fruit as they were much more conscious of health and the origin of their food.

He said that bode very well for fresh fruit but citrus must innovate to ensure it was meeting consumers’ needs. In David’s opinion, easy-peel citrus met these needs, but for many consumers “life’s too short to peel the orange”. He urged the citrus industry to promote its products and not concede market share to processed, packaged snack foods that contained fruit and made many of the same health claims.

David called on the citrus industry to work with major retailers to ensure its fruits were included in the growing supermarket category of “grab and go” – for example, they could be included as a dessert in a meal combination at a convenience store or inner-city supermarket.

David said the trend for big food businesses (such as Campbells) to invest in prepared snack foods highlighted the trend.

He said there were opportunities and challenges for citrus in these trends. David said he thought that would also be the case as consumers and governments became more interested in health.

He said Australia ranked number five on the OECD obesity league table for 2016 and 30 per cent of Australians were clinically obese, whereas in Italy, for example, under 10pc of its population were obese.

“What I expect to see in the food industry in Australia, New Zealand and the UK is the government is going to be increasingly active in terms of regulating matters that relate to health and food,” David said.

“And WHY? Because the taxpayer cannot afford the cost of type 2 diabetic and other diseases.

“I expect to see more regulation, tax on sugar or whatever it may be; we’re going to see a lot more of that.”

“You can see it already. Retailers are saying OK; they’re being nudged by government to get into putting out more healthier options, and also their shoppers want them to have more healthy options.”

David said while demand and prices were strong for Australian citrus, he warned Forum delegates to not take this for granted. He gave the example of how the citrus industry in Florida was suffering from citrus greening pushing down production and consumption of orange juice going down.

“And it’s not just because of concerns about sugar in the US but also 54pc of Millennial mums say they walk away from 100pc orange juice because they have concerns about pesticides and GMO fruit. I think that’s largely lunatic, but it doesn’t matter if it reflects perception.”

In David’s opinion, the “number one global mega trend” is the increasing concern about the health of the family and the health of the planet. He said while consumers would not spend more on ‘green’ products, there was a penalty for not meeting these concerns.

He also expected governments to introduce more regulations about food packaging, he said.

“I would suggest by 2020, in most countries single-use plastic that cannot be composted or recycled will be banned – it will push industry much quicker,” David said.

David consults and presents around the globe and in his travels has observed enormous disruption, or “retail apocalypse”, for traditional retailers.

For example, South Korea leads the world in online purchase of groceries, with nearly 20pc of its sales conducted online. He said other high-income countries were following suit.

He warned that fresh produce suffered from the trend towards online shopping so citrus needed to be proactive to shore up and grow its demand.

He said when non-perishables were replenished automatically there were more opportunity for fresh produce “for theatre” – including placement and displays in store, other promotions and brands.

“And I think the challenge for you guys is to look at your product and say, ‘In what format should it be for each of those routes to the consumers?’ ”