Are you bogged mate?

I spend a lot of time raising awareness about spray drift but recent events have compelled me to talk about something that disturbs me even more than spray drift.

I have spent my whole life working in rural and remote Australia and alw around country blokes; working with them, for them, and beside them.

My father was one, my brother is one, and most of my dearest friends are country blokes.

I have always worked in male dominated occupations and that certainly doesn’t make me special but I believe it has given me a good understanding of rural men and it has definitely given me a deep and profound respect for them.

So when I see country blokes facing challenges like never before, I need to say something because I know none of them will.

Yes, that mongrel black dog that sneaks in when you least expect it, grabs all of your rational thoughts, buries them somewhere you can’t find them, and without you or those close to you noticing, it gradually pulls you into a hole, a bog hole.

As I recently watched a massive line of four-wheel drives file slowly in and park reverently outside a small country town church, something in my heart changed forever.

They emerged, dressed in their Sunday best; some of these blokes I didn’t even know owned a tie.

It was a really busy time of year but they stopped all of those important farm jobs to come and say goodbye and pay their respects to a mate who decided to hand in his time sheet way too early.

All I could think was, these are farmers, no one knows better than this crowd about planting and reaping but I’m stuffed if I could find any reason for this man to die at his own hand in the prime of his life.

And judging by the faces on the country men around me, neither could they.

The statistics are everywhere, Australian males between 15 and 45 years of age are one of the highest risk categories for suicide.

Men are 3 to 4 times more likely to take their own life than women and the further you move from the coast into regional, rural, and remote Australia, the more that figure climbs. Why? Why are my country heroes cashing in their chips early?

The experts will tell you that that it’s due to reasons like ‘the isolation’, ‘men don’t talk about emotions’, ‘they don’t know how to express their feelings’…. Well I call bullshit!

I don’t have a psychology degree of any kind, I’m not a doctor of any type, I haven’t studied mental health at all but I do know country men.

And this is what I do know… country men are the toughest, hardest working, funniest, most sincere, totally dependable, thoroughly genuine people you will ever meet.

So don’t sit in your university office in the city and tell me that you know rural men. 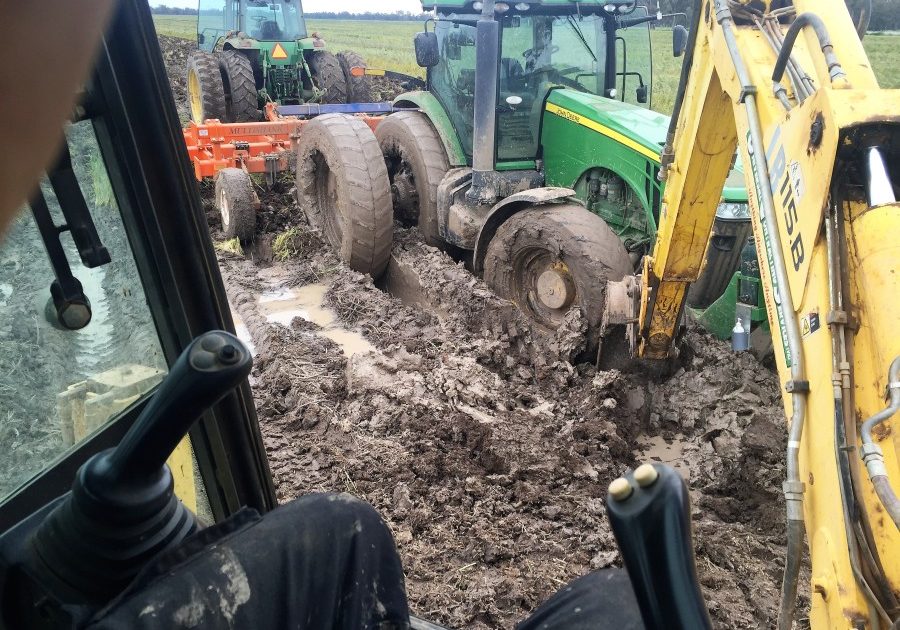 As a rule I don’t think rural men are challenged by ‘the isolation’. I think most actually thrive on it, they enjoy the peace and tranquillity that surrounds them.

They enjoy the time they spend tending the earth and it’s creatures. They are nourished and challenged by nature and all it’s hardships.

Everyone needs interaction with other people but isolation only really becomes a major problem when coupled with depression.

True: rural men ‘don’t talk about emotions’, that’s not how they are wired and they never will be so stop expecting it of them.

True: rural men don’t ‘express their feelings’ in the same way that inner city society expects them to.

Let’s face it, rural men are never going to be like their soft pink-handed city counterparts (no disrespect to city blokes intended, purely a comparison!).

Country blokes aren’t going to join a men’s group or catch up with mates to discuss their feelings, relationships, or finances over a double decaf latte at some hipster café that has kale on the menu. That’s not how they roll.

Rural men let off steam (release emotions) differently. They play footy, go camping, shooting, fishing, ride horses or dirt bikes, go water skiing, have a few beers with mates, they might even throw a few harmless punches with a mate after too many beers or on the footy field.

These are just some of the release valves for rural men and they need to be supported and encouraged to do whatever it is that gives them release. Don’t let the pressure build up inside.

There are multitudes of factors that lead to depression in rural men – droughts, floods, rising input costs, falling commodity prices, pressure from banks, family pressure, feeling compelled to stay on the farm, etcetera.

Add to that a society that tells them they need to share 50% parenting of their children, support their partner in her career, share the housework, and all the other gender equality stuff.

Before anyone yells at me for dragging women back to the 1950s, I’m merely comparing the dramatic change in just one generation. Sorry fellas, you aren’t getting out of cleaning the dunny that easily!

The suite of skills needed to live and work in the rural sector has never been greater and yet the divide been city and country has never been bigger.

Never before has agriculture been so scorned by city dwellers who view farmers as environmental vandals and poisonous food producers.

And if all that isn’t enough pressure for rural blokes, what about adding a sick child, the loss of a loved one or a marriage breakdown into the equation? I don’t think we need
another study to find out why rural men are struggling.

Millions of dollars are spent every year on rural men’s mental health, there are endless support services available, and yet the suicides keep happening.

I certainly don’t have the answers but I know that most rural men will not seek help or talk to someone when they are struggling. I like to use analogies to explain things so here is my spin on it.

We have all been bogged at some point. It might have been just a sticky patch of the road or paddock where the vehicle stopped moving, you panicked, threw it into four-wheel drive
and got out.

Maybe you needed low range, maybe you had to winch yourself out, but you got out, you got through it. But what happens when you get properly bogged? When it’s down to the
running boards, sitting on the chassis, you are not getting out of this one easily – that’s the kind of bogged I mean. So what do you do? Do you burn the vehicle? Hell no!

When you have finished swearing, praying and walking around in circles scratching your head; you know this is as bad as it gets, you are going to have to ask for help.

Oh the shame! The whole district is going to be laughing about it, your mates will bring it up for years (probably ever!). You don’t want anyone to know but you have to get help.

It’s a bit the same with depression, but it’s not funny like when you get bogged in mud. Most of the time we get ourselves through the rough

patches in life but when depression strikes, you need proper medical care to get you out of this bog hole.

The more bogged you get the harder it is to ask for help. In your head, you will justify to yourself with a million excuses why you can’t or won’t ask for help.

None of those excuses are any comfort as I watch a grieving widow, a young family and a whole community grapple to find answers and repeatedly ask ‘why didn’t he tell someone’.

You don’t want anyone to know that you aren’t coping and you don’t want to talk to some counsellor that doesn’t know you, I get that.

But please, for the sake of your family and your precious rural communities, reach out to somebody, anybody, your partner, your mates, or even me. We will support you. You are only bogged, it’s ok, we all get bogged but most importantly, you can definitely get out of it.

Don’t destroy your vehicle just because you are bogged to the ass. Tell someone you are feeling bogged. If your son was struggling, would you want him to ask for help?

I promise you there is always a way out of the bog hole and there are plenty of people ready to help you. Don’t choose a permanent solution for a temporary problem. We have already lost too many good men.

This article was written in February, 2018 by Mary O’Brien, the founder of Are You Bogged Mate? It has been reprinted with permission. Are you bogged mate? is all about helping country blokes talk about mental health and suicide while spreading awareness about depression in the bush. You can find out more at www.areyouboggedmate.com.au 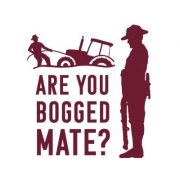