The availability of fresh Australian citrus and other critical fresh food items is at risk this year without the immediate intervention of the Australian Government.

These employees had been approved by the Department of Education, Skills and Employment and were due to arrive in the coming weeks to start the harvest in Queensland.

Citrus Australia CEO Nathan Hancock said the SWP has proven critical in past seasons in providing the labour needed to harvest the national crop of 750,000 tonnes of oranges, mandarins, lemons, limes and grapefruit.

“Unfortunately, the travel ban has stopped these employees from arriving, leaving our citrus growers with no options,” Mr Hancock said.

“We have written to all relevant Ministers for an immediate exemption to this travel ban for all individuals who have already been approved to enter Australia under this program.”

Mr Hancock said the citrus industry understands the Government must be proactive when dealing with the coronavirus.

“However, the Prime Minister must immediately designate this group of workers as vital to the national interest in securing food supply, and allow their access into the country.

“Under the SWP, they will be housed on farm, including a 14-day period of self-isolation upon arrival.”

There are currently employees in Australia under the SWP whose visas expire soon, and were due to leave the country in April. They will soon be unable to work and lose their health insurance. A severe restriction in flights means they are unable to fly home.

Mr Hancock has called on the Federal Government to immediately extend the visas of those employed under the SWP, as well as backpackers, for a period of six months to help with harvest.

“We need Government to clear its mind of bureaucratic processes and pull the levers at their disposal,” he said.

“People have been allowed into the country already on visas and we call on the Government to extend those visas by 3-6 months to enable them to keep working.

“We don’t want to hear circular arguments about the peaks and troughs of harvest, we need to work on this now.”

Mr Hancock has also called for assurances from the Federal and state governments that all aspects of the fresh food supply chain are being secured.

“It is important that Government acknowledges that the entire supply chain is under pressure.

“We need assurance that the ability to get fresh produce to the Australian population is being considered and worked on as a priority.

“Once fruit is picked and packed, it needs to be loaded onto a truck and sent to ports and distribution centres, usually in capital cities.

“We need all transport ministers and agriculture ministers to treat fresh food as an essential item. They must work together and prioritise getting fruit through the system and into the reaches of people across the country.”

Thousands of workers will be needed to harvest this season’s citrus crop alone and Mr Hancock has urged Government to be proactive.

With a steep downtown in many sectors, including hospitality, Mr Hancock encouraged all Australians searching for employment to gain employment picking or in packing sheds in regional Australia.

“We will require thousands of workers. There has always been plenty of work for everybody. In recent years, less Australians have wanted to pick fruit, but we welcome anyone looking for work to come back.” 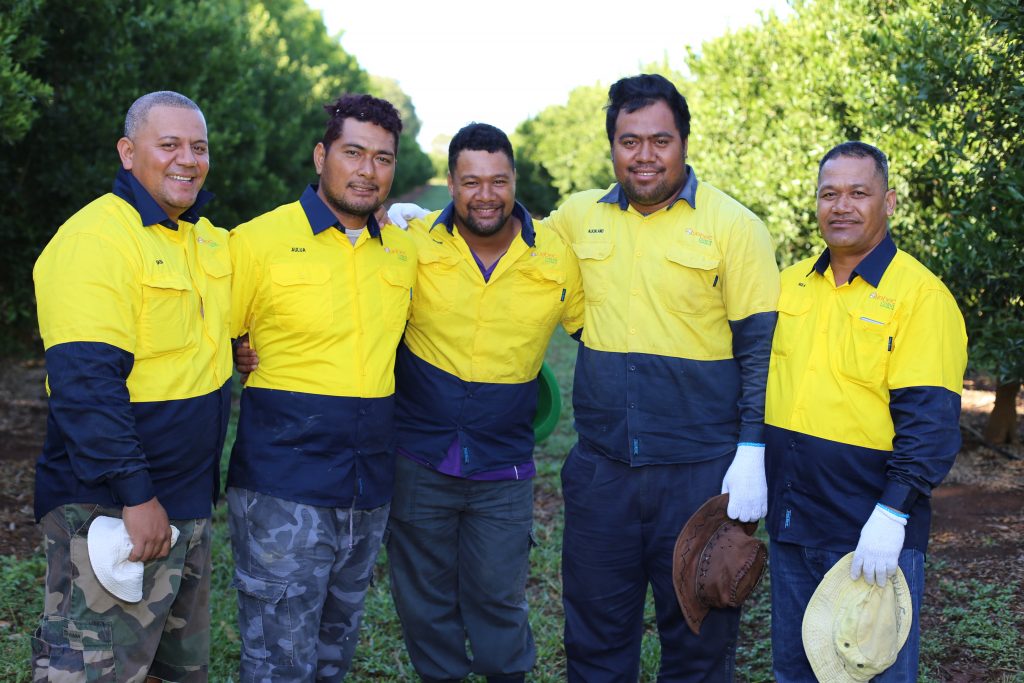