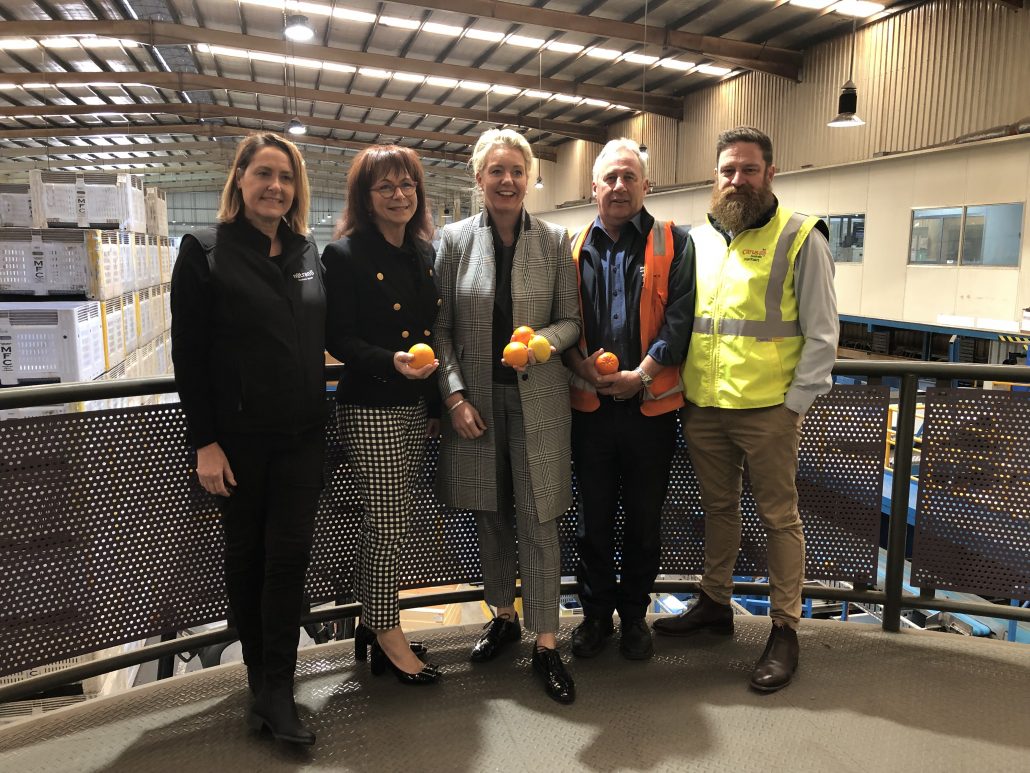 The project was announced by Minister for Agriculture Bridget McKenzie and Member for Mallee Anne Webster at the Mildura Fruit Company today.

Citrus canker is a serious bacterial disease that affects all citrus varieties causing fruit to fall to the ground before it ripens.

“Visiting Mildura today underlines how important it is for us to protect this job producing critical sector from the threat exotic diseases like citrus canker pose,” Minister McKenzie said.

“With a current incursion in the north of Australia on its way to being eradicated it’s a reminder that we need to stay vigilant because these threats are ever present.

“That’s why I have approved the use of the Immediate Assistance Fund to develop scent lures for citrus canker, a first ever for a plant pathogen in Australia.

“By mid-2020 detector dogs will be trained with the scent lures and used to ensure we really do get rid of this disease in the north.”

The funding for the project is in addition to the $7.5 million the Federal Government has committed to the National Citrus Canker Response Program.

“The purpose of the dogs is to back up the great work the NT and WA Governments are doing in surveillance in citrus canker-affected regions of the NT and northern WA,” Mr Hancock said.

“The dogs will provide assurance on top of ongoing work in those regions, providing growers with confidence there won’t be another incursion in the short term, and giving our trading partners confidence we remain on top of this incursion.

“While we welcome this additional support, biosecurity remains the responsibility of everybody in Australia.

“Bringing material in from other countries puts backyard trees and the entire citrus industry at risk.”

“Preventing the spread of citrus canker is vital to protecting our valuable industry,” Dr Webster said.

“Returning to country of freedom status will benefit all affected industries, including citrus growers in the Murray Valley, by negating potential trade impacts.”