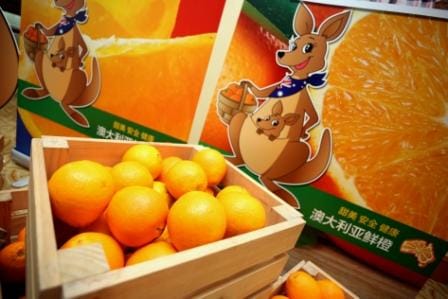 Citrus Australia has welcomed the announcement by Assistant Ministers for Agriculture and Water Resources Luke Hartsuyker and Senator Anne Ruston that China has agreed to amend its import conditions for Australian citrus. The changes come at an opportune time when citrus exports to China are increasing.

Citrus Australia has worked closely with the Australian Government Department of Agriculture and Water Resources and Horticulture Innovation Australia over many years in order to improve the import conditions for export to China, and the industry has invested significant research and development funds to support these market access improvements.

Citrus Australia CEO Judith Damiani said “While the conditions initially granted in 2006 were a little challenging, the industry has made the best of those conditions and it has been a remarkable effort to see the trade get to where it is. The new conditions will certainly be a boost to our export program to China.”

The new conditions include improvements to the cold disinfestation temperature, recognition of South Australia’s Riverland as free from fruit flies, as well as some important changes to cultural practices for certain pests.

The will mean that there will be more fruit available for China, fruit will arrive with even better out-turn quality, and there will be improvements to the cost of supply.

“Together with the reducing tariffs under the China-Australia Free Trade Agreement, this will mean better returns for our growers,” Judith continued

This year we have seen remarkable trade figures into China with 65 000 tonnes exported up until the end of September to a value of $A133 million. With data for a few more months still outstanding, it is possible that trade volumes to China could reach 85 000 tonnes this year – a record!”

When do you need to transition your certification? Scroll to top