Automatically seeding into paper pots and using heated greenhouses has radically reduced the plant production cycle of citrus trees, according to the manager of a north west Victorian nursery.

Using paper pots to make transplanting in the nursery easier, is an established technology overseas, but Chislett Farms nursery at Kenley is one of the first Australian businesses to embrace this practice.

This alternative potting method is one of the “bigger investments” the business has made, and it is working well into its second season, according to Chislett Farms business and nursery manager Jonathan Chislett.

“We bought a machine that makes a little paper cell instead of having a little plastic pot for your seedling to grow in,” he said. “The outside of it is just paper so you can pot up the whole seedling and the paper biodegrades overtime. We make (the pots) onsite and we have an automated seeding line. The machine drops a citrus rootstock seed into each of the paper pots automatically.”

Growing the rootstock in the paper pot means there is less work needed for transplanting and the individual approach to germination has improved quality.

“Anecdotally, the paper pots combined with the heated greenhouses have  easily taken six months off the production cycle and it’s given us much more uniform root-stock to bud, eliminated   j-roots, and it has given us a lot more flexibility to produce root-stock when we need it. Also it grows faster as there is not as many set-backs during transplanting. Overall, it has been a really big improvement on our whole production process.”

Heated “twin-skin” green houses also play a vital role in the germination process. “It is like a traditional greenhouse with two layers of plastic,” Jonathan explained.

“We pump air in between the two layers, and it creates insulation for the greenhouse.”

The greenhouse is kept cool through evaporative air conditioning in summer, while during the winter it’s warmed through a new biomass burner.

The burner runs on bought-in fuel such as woodchips or sawdust and is used to heat water which circulates around some of the greenhouses to promote growth during the colder months. This heat allows seeds to germinate year-round and it was a more cost-effective, long-term option compared with other heating methods, according to Jonathan.

Adopting these new technologies has been driven by a desire to improve the quality of the nursery plants.

Quality has always been a focus in the Chislett nursery.

Greg Chislett, a second-generation citrus grower, started the nursery more than 30 years ago after having trouble with field grown trees at his orchard.  “He said ‘damn it, I will just grow my own’,” Jonathan said.

About 20 years ago the Chislett’s original in-field nursery was replaced by a container nursery and it has continued to grow.

The nursery has had The Nursery Industry Accreditation Scheme (NIASA) accreditation since 2001. It is a national scheme for production nurseries which operate in accordance with a set a national ‘best practice’ guidelines.  Some requirements include water sterilisation to eliminate pathogens, having pots raised off the ground, good drainage and ensuring quality inputs.

“You get a good idea of what everyone else is planting in terms of varieties,” Jonathan said. “Lately there’s been a big trend towards mandarins and mid-season navels, we are planting these varieties ourselves and growing them in the nursery for customers.” 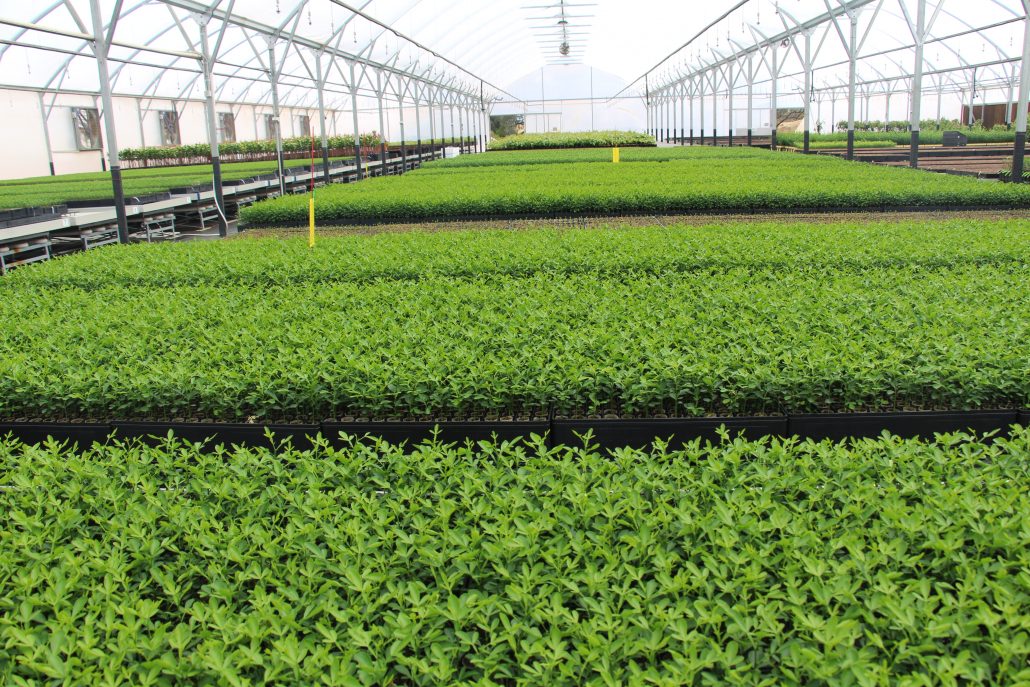 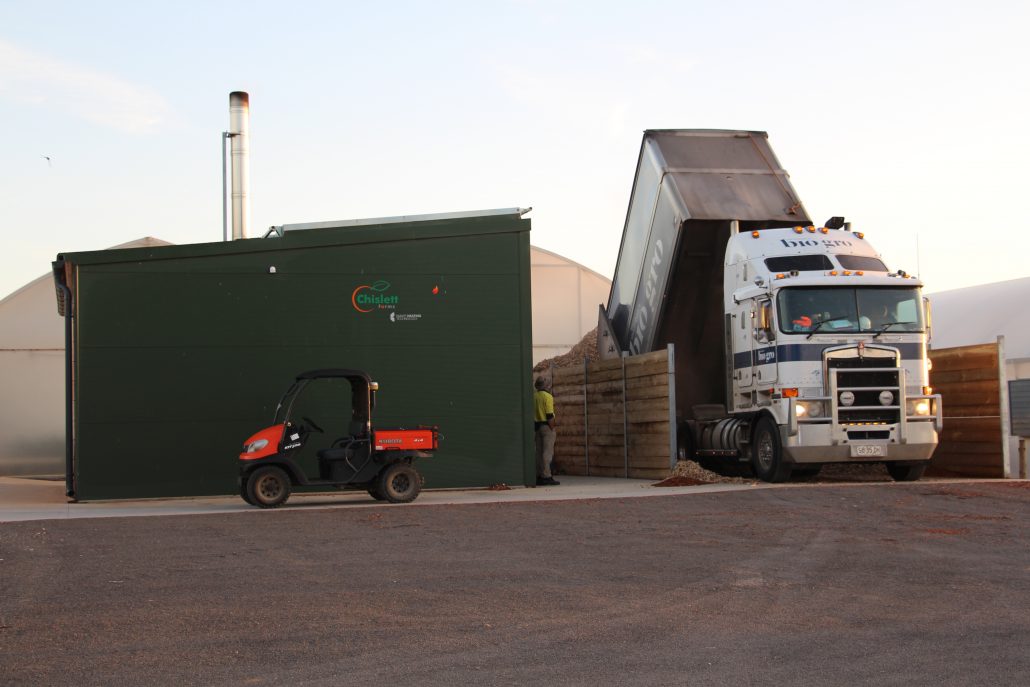 Fuel being delivered for the nursery biomass heater